Getting your tickets to Engaged! in Washington just got easier!  Gilt DC has an amazing deal to purchase tickets at 52% off!!  The event is not one to miss, and the team at The W Hotel is going to wow you beyond belief! 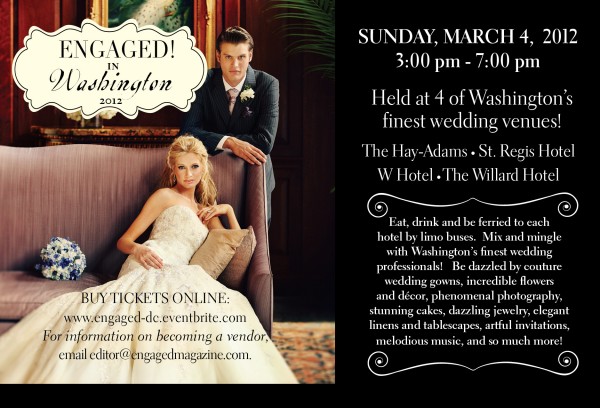 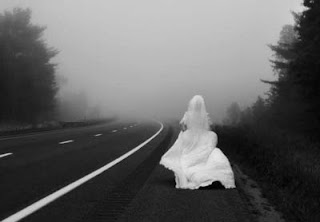 The recent news about NFL quarterback, Jason Campbell, calling off his wedding last minute has been making head lines beyond the wedding and sports world.  I was interviewed by The Washington Post yesterday about similar situations that I have encountered with my couples in all the years I have planned weddings.  I am happy to say, that I have never had a wedding cancel when they were on the "1 yard line," like Campbell, but I have had nuptials called off.  Although it is embarrassing and the financial repercussions can be steep, it is ultimately the best decision to call it off 2 months before the wedding, rather than schedule appointments with family law attorneys 2 months after the wedding.
While being interviewed by the Post, I discussed my 2 theories as to why couples call off the wedding or file for divorce shortly after.  The wedding planning process is a special time.  As stressful as it can be, it is also fun and exciting.  Who does not want to try on beautiful couture gowns, get pampered by hair and makeup artists and taste delicious food?  Many times couples get caught up in the party and the day that they have dreamed of for so long.  Couples might want the wedding to happen so badly, that they ignore the gut feeling telling them to be a "runaway bride." Getting caught up in the whirlwind can happen easily and a bride can loose focus on what is really important: the marriage!
Prenuptial agreements are the basis of my second theory.  They are not fun or glamorous and no one really wants to talk about them.  But in reality, they exist, and more so than people tend to think.  I believe that many of the weddings that don't happen or almost don't happen are because the prenuptial agreement was not given the proper attention.  If this is something that one or both of the parties need to have in place, it is best to deal with this item much, much sooner than later.  I recommend that the prenuptial agreement should be signed, sealed and delivered at least one month before the wedding day, if not before.  You do not want to leave this to the last minute, and have the entire wedding come down to the wire.  This can cause major stress if not taken care of early and can lead to unnecessary fighting and feelings that you
just want to call the whole thing off.
Sometimes, it is just not meant to be, and that is OK.  Although Jason Campbell is getting a ton of press, I have to admire he and his fiance.  At least they had the common sense (maybe a little late), to say this isn't right, and not make an enormous commitment that they could not keep.  I think that the guests would respect that decision and would appreciate not feeling like they were fooled when the couple files for divorce 72 days later....
Be sure to read what I had to say in The Washington Post!
XO,
JS
{Photo Credit: The Wastetime Post}
Posted by SoCo Events at 1:34 PM No comments:

One of my favorite party accessory stores is having a great sale, TODAY ONLY!
Make sure to visit For Your Party and check out all the great party items
you can purchase today with 20% off! 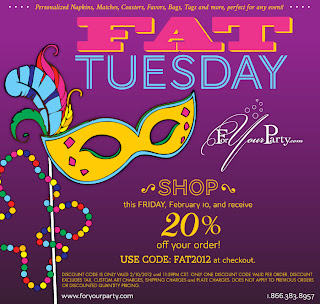 I am always ordering goodies for clients from this site, here are a few of my favorites...

Earlier this week we showed you a different way to create a menu for your table scape using calligraphy on round mirrors. We thought we would continue in the same spirit and show you
a few more ways to master the menu!
This chocolate menu looks almost too good to eat!

A paper doily stained with tea and then stamped with the menu text...DIVINE! 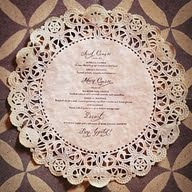 These Laura Hooper menu boards are a great alternative to individual menus on the table!
I just wish I could write like that!! 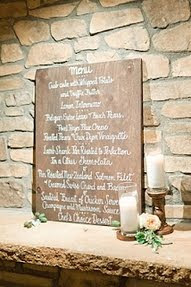 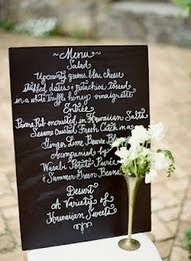 Menus screen printed on the napkin..genius! I love it when wedding items multi-task!!! 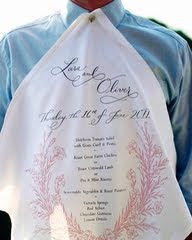 Do you have a great non-traditional menu idea?
xo,
Jen

This past fall, my bride, Sarah and I were working on the wedding day stationary for her upcoming wedding, and nothing was doing the trick for her in regards to a printed menu. We tried playing with different shapes, sizes, papers, etc and we could not decide on the one. I did not want her to eliminate the menu all together as it such a great way to communicate to guests what will be served and is especially informative to anyone with food allergies or aversions.

She also was not 100% in love with any of the numerous charger plates that we had looked at, and that is when it came to me....let's make the charger the menu, or I could say the menu the charger!

I wanted to use a round mirror as the charger and have the menu written in hand calligraphy on the mirror. I could just picture how beautiful that would look! I immediately called one of my favorite calligraphers, Laura Hooper, and we discussed the details and of course she was up for the task of getting 200 of these complete in time for the big day! I just love how they turned out!! 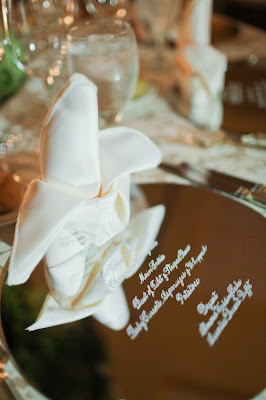 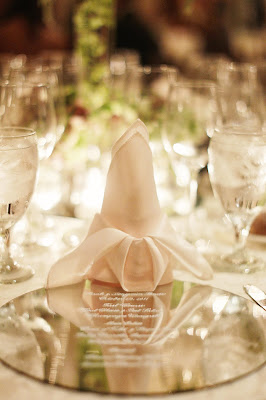 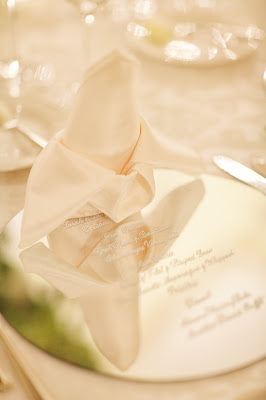 These mirror calligraphy menus were such a big hit at the wedding, that I decided to incorporate them into our design at the recent Washingtonian Bride and Groom Unveiled bridal show. I think they looked fantastic here as well! 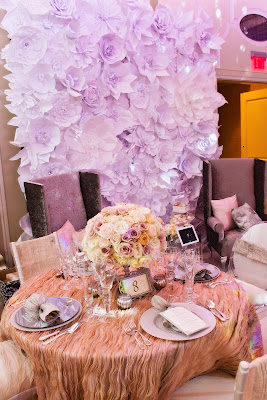 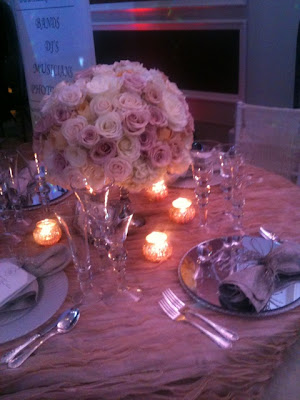 I purchased one of the adorable cake pops for my little one yesterday at Starbucks, and was pleasantly surprised at the presentation. No bag for this pop, rather the pink deliciousness was given to me in box that screamed wedding favor! 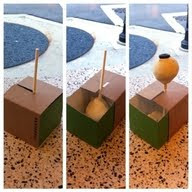 The cake pop craze is not going anywhere, but I find that brides do struggle with the idea of cake overload, and are torn about serving wedding cake and more little cakes on a stick. Cake pops make a great favor to go if packaged properly, so today's blog serves as a homage to pop presentation. 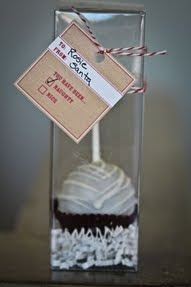 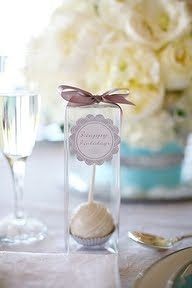 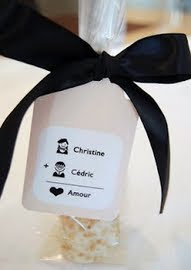 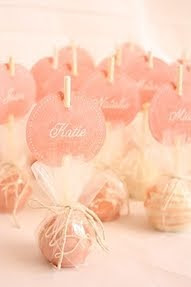 I think the Starbuck's box rules supreme, and will definitely be on the search to get these boxes in different colors and with wedding branding, rather than that famous Seattle coffee shop!

SoCo Events
SoCo Events is a full service event planning and design company dedicated to creating events that become the latest styles. Let our awarding winning team guide you through the entire process, ensuring that you enjoy planning and even more important your wedding day. SoCo Events is the luxury you give yourself and your guests.